Our gallery has been updated with screencaptures from Cory as Walter in Wonderstruck. Check out! 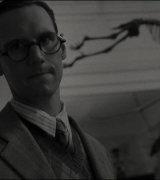 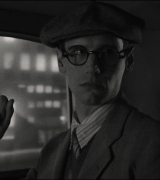 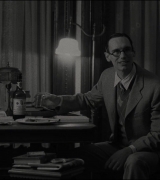 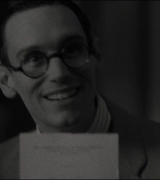 Gotham alum Cory Michael Smith, Gillian Jacobs (Community) and Corey Stoll (Billions) are set as the leads of Netflix’s Transatlantic, a limited series set during the 1940 refugee crisis in Marseille, France. Call My Agent star Grégory Montel, Lucas Englander (Bridge of Spies), Ralph Amoussou (Missions) Deleila Piasko (Boys Are Us) and Amit Rahhav (Unorthodox) round out the international cast of the series, from Unorthodox creator Anna Winger and her Airlift Productions.

This marks the first project under Winger’s multi-year deal with Netflix announced last year, under which Winger and Airlift develop and produce international drama series for the streamer. Production on Transatlantic, which will be shot in English, German and French, is underway in Marseille, for release in 2023.

Created by Winger and Daniel Hendler, Transatlantic, set in 1940-1941 Marseille, is inspired by the true story of Varian Fry, Mary Jayne Gold and the Emergency Rescue Committee, and Julie Orringer’s 2019 novel, The Flight Portfolio. Risking their lives to help more than 2000 refugees escape occupied France, including many artists on the Nazis’ most-wanted list, an international gang of young superheroes and their famous charges occupy a villa at the edge of the city, where the threat of mortal danger gives way to unexpected collaborations and intense love affairs.

Smith plays a character inspired by Varian Fry. He’s a Harvard-educated American journalist who, foreseeing the horrific events of the Holocaust to come and appalled by the lack of American action, volunteers for a job no one wanted: Finding and saving the artists and intellectuals trapped in Europe.

Jacobs plays a character inspired by Mary Jayne Gold. An American heiress, she throws herself – and her trust fund – into Fry’s refugee rescue operation, excited to dedicate her considerable resources and energy to a worthy cause.

Stoll plays Patterson, the American Consul in Marseille who sees the refugees as an existential threat to American values.

Winger serves as showrunner and produces with Camille McCurry for Airlift Productions. Stéphanie Chuat are Véronique Reymond are lead directors.

Robin Lord Taylor made a memorable debut on Law & Order: Organized Crime in the first episode of 2022, but he’s been delivering unforgettable performances for years. He is best known for playing Oswald Copplepot, known to fans as the Penguin, on Fox’s Batman prequel series Gotham. In an exclusive interview with PopCulture.com this week, Taylor shared his continued love for the show, but said he has a big requirement for any possible continuation of the show.

If a Gotham reunion wants Taylor involved, the show also has to bring back the other key members of the cast. “The only caveat would be that I, but I would only have to be able to do it with everybody else from Gotham. I could never do another show with a different Riddler,” he said. If Cory Michael Smith and Sean Pertwee didn’t come back as the Riddler and Alfred Pennyworth, respectively, Taylor wouldn’t either.

“That show was good because the people they put together were just so perfect and just clicked,” he said. “We clicked with each other just in profound ways. So yeah, my performance was good on that show, if it was good, it was good because of everybody else.”

In a bizarre coincidence, the same day Taylor’s first Organized Crime episode aired, the new Law & Order: Special Victims Unit episode featured the return of Donal Logue, who played Detective Harvey Bullock on Gotham. Taylor thought it was the “biggest gift ever,” considering how often their careers have come together. The first major role Taylor tested for was ABC’s short-lived series The Knights of Prosperity, which starred Logue. Then the first major role Taylor got was the Penguin, starring opposite Logue.

“If I could do every job with Donal Logue, I would do it in a heartbeat. He’s one of my favorite people in the world,” Taylor said. He joked about “absolutely” asking the Law & Order team to bring their characters together.

Although the Penguin character has been making Batman’s life a chilly nightmare for over 70 years, Taylor is one of very few people to play the character onscreen. Danny DeVito brought the character to life in Batman Returns and Burgess Meredith played the Penguin in the 1960s Batman series. All three actors created wholly different versions of the character. The Batman will introduce another version, played by Colin Farrell. Taylor admitted he is just as excited as everyone else to see what Farrell does when The Batman opens on March 4.

“The best thing about these stories is that new actors come in and they reinterpret and they change how you see the characters,” Taylor told PopCulture.com. “I would hope that people would think that I did that to Penguin on Gotham. And I’m so excited to see what Colin does. It’s so exciting.”

Cory has a new project!!!

Emerging from a script by Hayley Schore & Roshan Sethi, with revisions by Nagy, that made The Black List, Call Jane is set during the summer of 1968, which sees protests rock the Democratic National Convention. Against this backdrop, we follow Joy Griffin (Banks), a housewife and mother who experiences a life-threatening pregnancy that no doctor will allow her to terminate. After finding herself out of options, with little time to lose, Joy discovers a network of women who facilitate safe abortions for women in need—no questions asked. The group’s kindness and courage end up saving Joy’s life, while igniting a new sense of purpose in her: to help other women gain control of their destinies. The network’s leader, Virginia (Weaver), takes Joy under her wing, and despite the risks they face in this pre-Roe v. Wade era, they hatch a plan to expand the network to provide safe abortions for all women who need them, regardless of their ability to pay.

Smith will play Dean, a doctor with an air of roguish confidence, who works with Victoria to perform abortions for women in need. He’s a distant, private man for obvious reasons, but has more to hide than the fact that he does illegal procedures — he’s not even a real doctor. Dean finds himself consistently impressed with the women who step up to help more than he ever could.

Our gallery has been updated with screencaptures of Season One of Gotham. Check out! 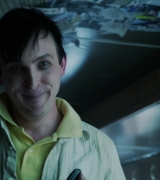 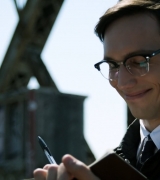 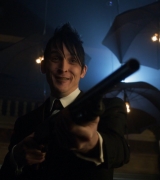 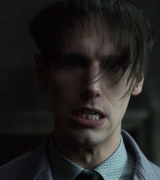